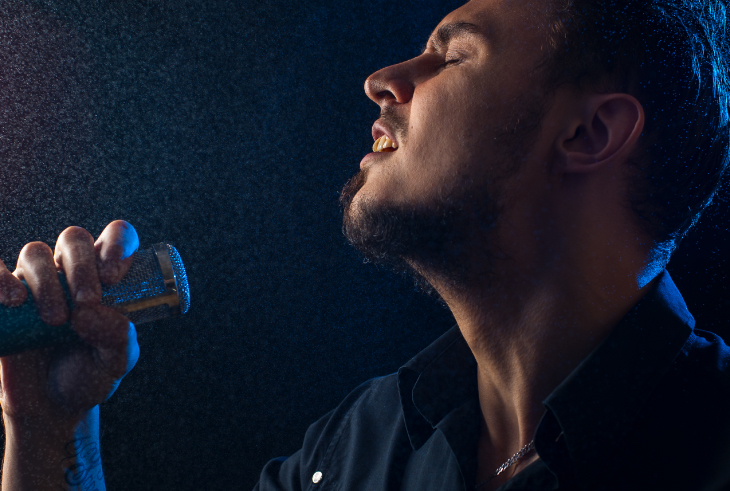 A common myth concerns the nose and what has been termed nasal resonance.

Second, we must understand what is meant by nasal resonance. An old maxim that is helpful says, “The nose must be in the tone, but the tone should not be in the nose.”

When the tone is “in the nose” it normally indicates constriction in the throat with the muscles not working right. The tone feels like it gets stuck. We will have trouble as we try to sing higher.  Proper formation of vowels is impossible. Thus, the ability to sing words that can be understood is greatly diminished. Also, the sound is pinched, narrow, and shallow.

Ok, so what we might get confused about is that which is normally called nasal resonance is really related to air that moves in the different sinus cavities plus sympathetic resonance.

If everything works right, then as we sing higher and higher, moving air issuing from the vibrating cords – sound source – fill up our sinuses.

First the sphenoid (when we sing lower and middle), then the posterior ethmoidal and anterior ethmoidal (when we sing middle and upper), and finally the maxillary sinuses (when we sing at the very top). All this doesn’t completely happen until there is some serious vocal development.  Further, when this air moves up into these sinuses the bones in our skull and face actually vibrate in sympathy.

So, when people might say, “Wow! You have lots of nasal resonance” or “You are really singing in the mask,” what they are referencing is this air that has filled up the sinuses and the bones that are vibrating sympathetically. Of course, the nose is involved because it is part of our head, but we don’t do something with our nose or try to place the sound in our nose to make the sound sparkle or resonate.

Note that there is another resonance even more important than sympathetic resonance, and that the perfect resonator is actually in the throat!